The Zoo-Aquarium Berlin keeps a group of the very rare and endangered Tuataras, which represent except the crocodiles and alligators, the turtles, the lizards and the snakes the fifth group of reptiles and is only found on some islands of New Zealand.

Tuataras are known since more than 200 million years and were found in former times also outside of New Zealand, but in competition with the more modern dinosaurs Tuataras had no chance to survive, except on the islands of New Zealand, which were never entered by the dinosaurs. 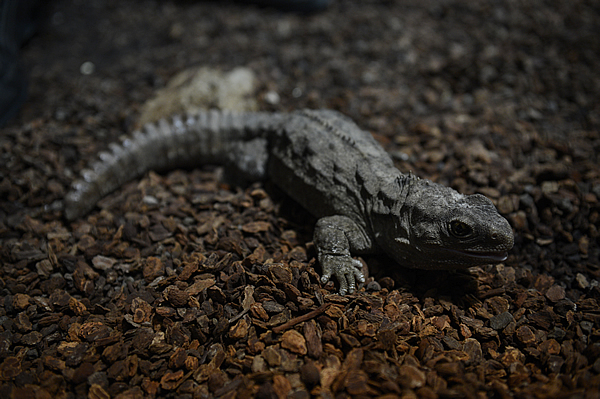 Because of their long history Tuataras are so called “Living Fossils”. They show many ancient attributes. They still have ribs protecting the stomach. The optical sense organ on the head has still a lens. They don’t have scales and the male tuataras don’t have genital organs like all the other reptiles. During copulation both sexes press like birds their cloaca together. They need low temperatures and get a heat shock over 20°C. Therefore they are nocturnal and spend the day in deep holes in the soil.

Because of the low temperature they grow very slowly and are fertile with about 14 years and adult with about 20 years and live very long. The oldest tuatara kept in a terrarium is over 70 years old. 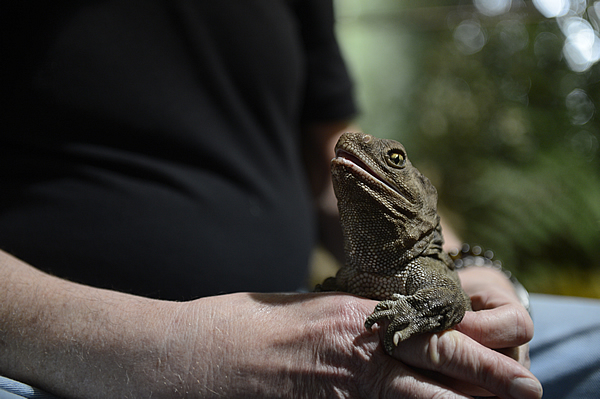 In winter time they hibernate and also the embryos in the eggs, which are laid during the summer will make a diapause in winter time and hatch only next spring.

To keep such animals successfully in a terrarium all these special climatic factors must be guaranteed. In the Zoo-Aquarium Berlin a chiller guarantees that the summer temperature will never exceed 20°C and during winter time the temperature goes down to 10°C or even lower that the Tuataras can hibernate. In spring time the temperatures go up again. Then the visitor has the chance to see the nocturnal Tuataras I front of their holes.