For the biologist sardines and herrings belong to the same zoological group. Both fishes are plankton feeder, form large schools and migrate in the open oceans. Their large schools offer them protection against predators, which find it difficult to pick one fish out of the whole dense and permanent changing fish school.

Because of their intensive schooling behavior sardines are an excellent education tool about animal behavior. Therefore they are favorites for the display in public aquariums, especially because – different to some other species – herrings and sardines stay in the aquarium always together in large schools, even if there is no predator in the same tank. On the other hand, if they see a predator, then they swim even closer together and make all movements in the school perfectly synchronic. 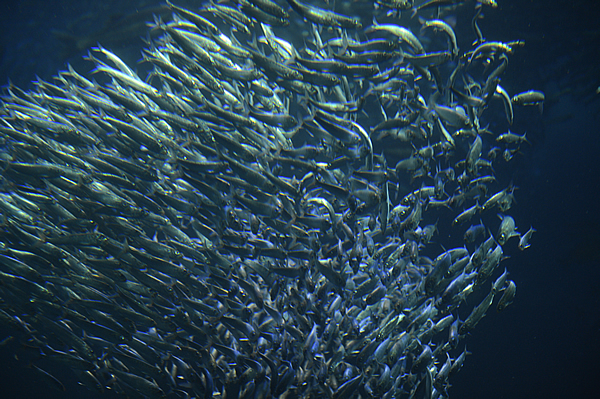 However, they are not a common fish in Public Aquariums, because sardines and herrings are delicate to handle and to keep in an aquarium. They are very sensitive to pressure onto their skin and body and get easily skin damages. Therefore already the catch of them can be a problem. Besides, as fishes from the open sea they don’t know any borders and limitations in their movements. Therefore in an aquarium they must be kept in very large or cylindrical tanks, which have no decoration and a strong current that they can swim altogether with or seldom against the current. Otherwise they bang against the walls and decoration and hurt themselves badly. 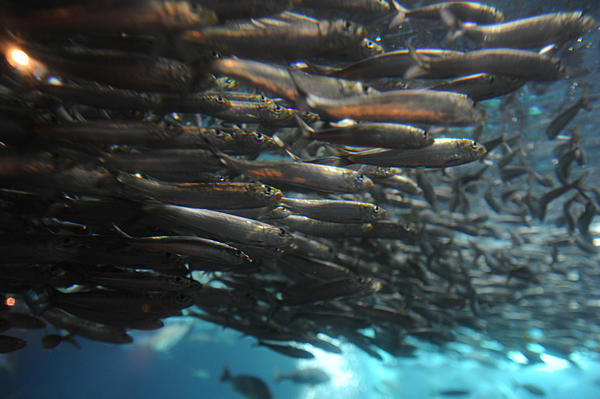 Some Japanese Aquariums, like the Enoshima Aquarium, are very famous outside of Japan because of their successful husbandry of Japanese sardines (Sardinops melanostictus) and Japanese Anchovies (Engraulis japonicus). Not seldom, large schools of these fish are kept there in huge tanks and often together with large predators like sharks, which additionally guarantee always the excellent schooling behavior of the sardines. Therefore for many foreigners, who visit the Japanese Aquariums, especially these tanks with Japanese sardines are a special highlight, which has to be seen.