Seals are always very popular and attractive animals in zoos and aquariums, which keep often several species of them and the feeding shows are a highlight for the public. Also the Zoo Berlin kept during the 170 years since its opening different seals and sea lions. Of course large species are more impressive than small species. Therefore Bearded seals (Erignathus barbatus), which are the largest seal species in the Arctic sea and which are kept also in the Otaru Aquarium, were kept in the Berlin Zoo until the beginning of the 1930ies. 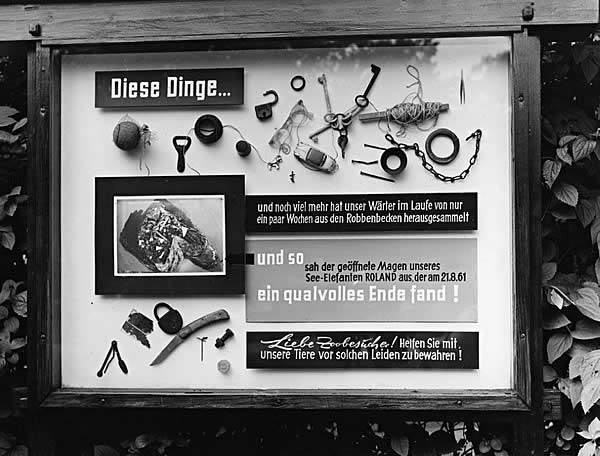 But when the Berlin Zoo opened its new large pools and rock enclosures for seals in 1931, the zoo replaced the Bearded seal by an even larger seal species from the southern hemisphere seas, the Elephant seal. They got their name because of the large proboscis of the adult bull, which resembles an elephant’s trunk and which is used in producing loud roaring noises, especially during the mating season. Male Elephant seals can measure 6,5m and weigh 3,5to and live about for 14 years. Females are smaller and can become older. 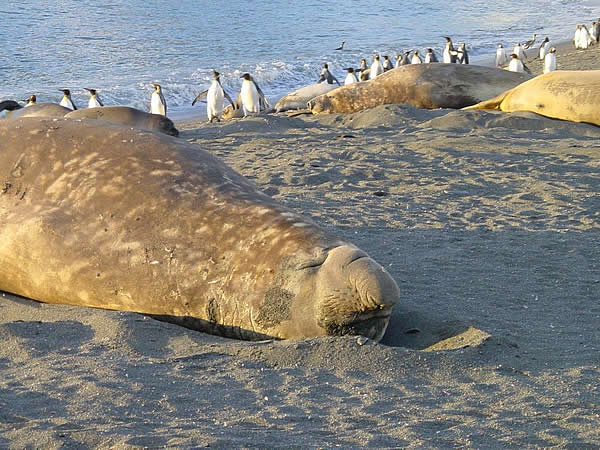 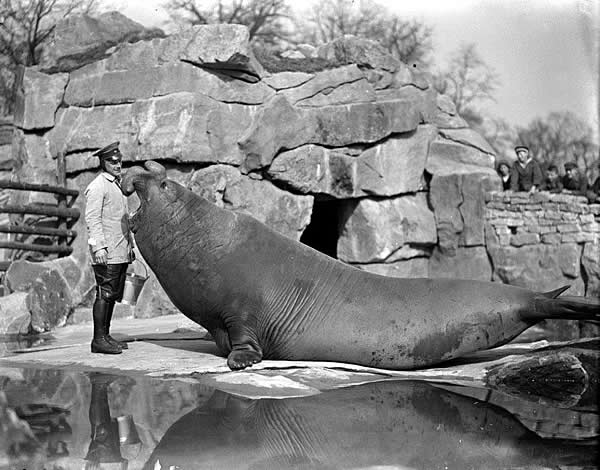 The Southern Elephant seal “Roland I” became a very popular animal in the Berlin Zoo and especially the feeding show was a special attraction. Of course “Roland I” did not survive World War II. But the pools and enclosures for seals was one of the few enclosures and animal houses, which were not destroyed during the war. So in 1953 a new male Southern sea elephant, “Roland II” arrived in the zoo. But in 1961 suddenly he died. The veterinarian dissection showed the reason for his death. He has eaten different things, which the visitors lost from their pockets, when they bended over the fences, or which they have thrown into the water and hoped the animal would play with it. In the stomach were found glasses, knifes, keys, toys etc. 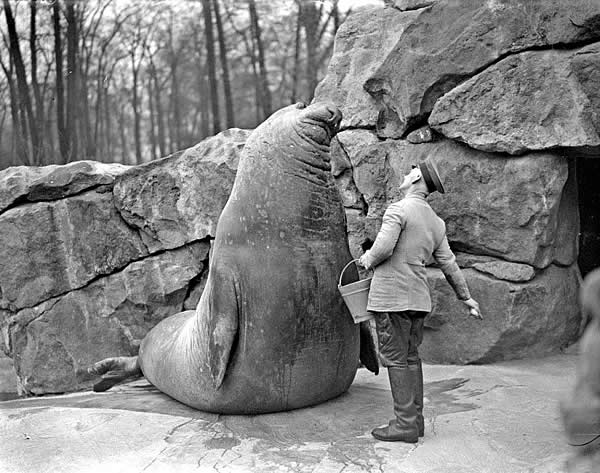 All these things are exhibited at the side of the seal pool even until today and the distance between the visitor and the pools were enlarged. Therefore the Elephant seals of the following years could live without any problems there. Since the 1970ies they bred also sometimes. But today after a large renovation and modernization of the seal pools, Elephant seals are no longer kept in the Berlin Zoo, because it was decided to have much more space for larger breeding groups of Californian sea lions and Fur seals.