Pacus are related to the famous carnivorous Piranhas as well as to the colorful Neon fish. But different to the Piranhas only the young Pacus are carnivorous, later on they prefer sweet fruits and nuts, which they can crash with their with their strong square teeth. 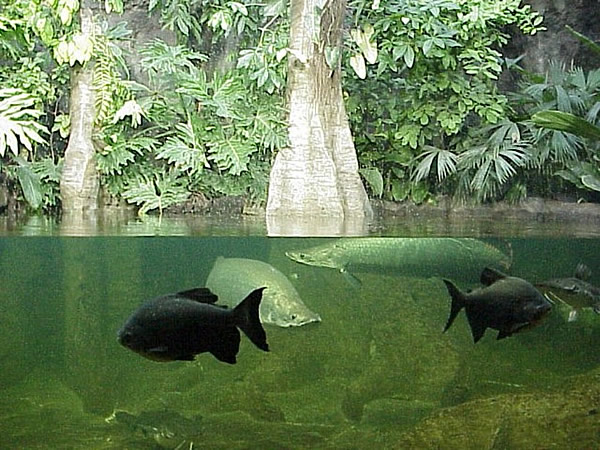 As a young fish the Pacu is rather colorful with a red belly and looks a little bit like the Piranha. Some aquarium hobbyists sometimes would like to have these colorful and peaceful “Piranhas” for their private aquarium tank. But the Pacu loses its color and become rather dark and almost black. Besides the fish grows rather quickly and will reach as an adult fish a length of about 1 m and a weight of about 30kg. Therefore it is definitely not a fish for a hobby aquarium. 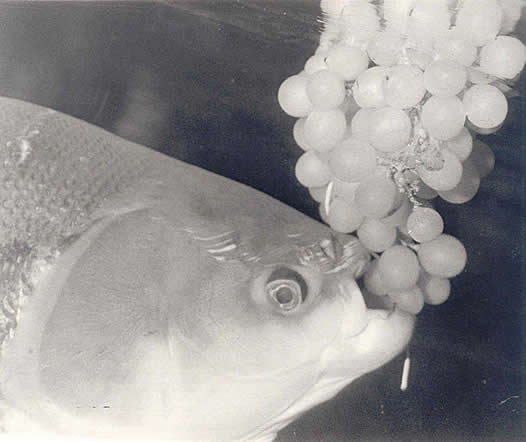 After World War II and the reconstruction of the totally destroyed building the Zoo-Aquarium Berlin got in the 1950ties some small young Pacus, which were in that time really an exotic fish species. They grew quite well and lived until the end of the 1970ies in a larger tank. 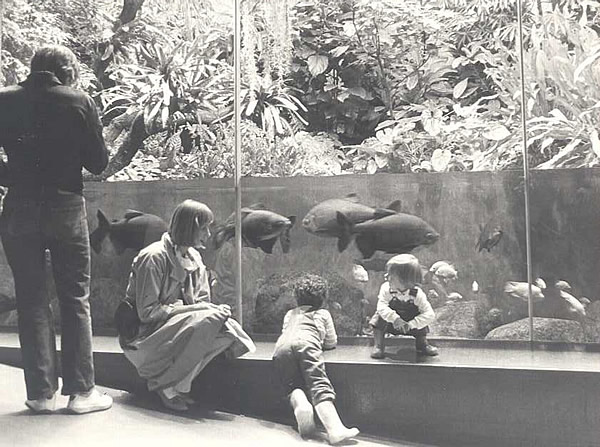 When the Berlin Aquarium was enlarged with an annex building for landscape tanks in 1981, the Pacus moved over into the new Amazonas landscape tank. Since that time they live together with Arapaimas, Red-tail catfish and other Amazonian fish in this tank. In the meantime they live now 60 years in the aquarium and they are the oldest animal in the Berlin Aquarium. But even today after such a long time their condition is still very good. – Maybe this is a question of their healthy food. In the Zoo-Aquarium Berlin they are fed with sweet fruits like bananas, which grow just outside of the tank, and with grapes. But they like also green salad and cucumber and they also don’t refuse to eat in between some fish and meat.