This summer a female Przewalski horse was sent from the Berlin zoos to Mongolia. The female horse “Barca” was born in 2009 in the Tierpark Berlin. In Mongolia the mare will be reintroduced into the Takhi Valley, where also the last Wild horse was seen in the 1960ies and where today already a group of 48 Przewalski horses is living. They all come from different European zoos. – Also “Barca” is not the first Wild horse from Berlin for the reintroduction program. 11 horses were sent to China already between 1985 and 1990 and in 1985 5 animals were sent to the Takhi Valley. Altogether 17 Przewalski horses were sent from Berlin for reintroduction to their original home area in Northern Asia. 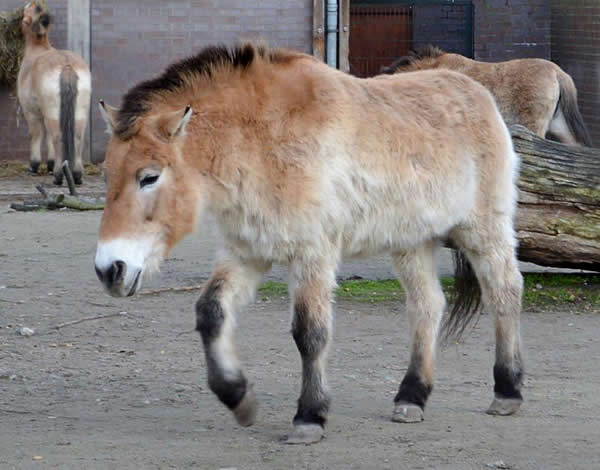 Originally the Wild horse was common in all northern Eurasian steppes and found not only in Asia, but in prehistoric times also in Europe. Because of a warmer climate and the development of forests the horses disappeared in most of their regions and survived only in the deserts and steppes of northern central Asia. The Przewalski horse is the origin species of all domestic horse breeds, which we know today all over the world. 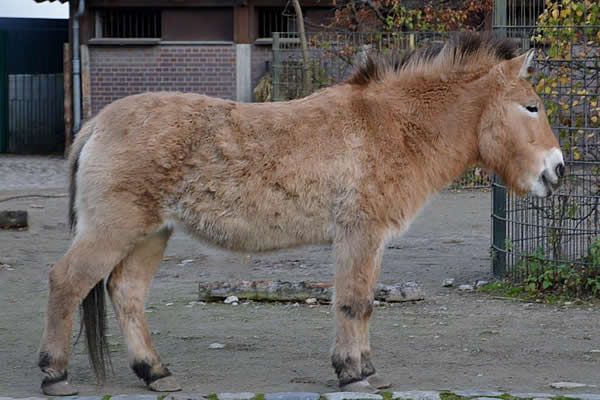 The Wild horse in Mongolia was described for the first time in 1878. Some other observations followed and between 1899 and 1904 altogether 54 horses were caught for zoos and private persons. The most important dealers were Assanow and Hagenbeck. But only 12 of these caught horses bred successfully in the zoos of Praha and Munich as well as in the private holding in Askania Nova, where all horses died because of World War II. After World War II, Askania Nova started again with the breeding of wild horses with one mare, which was caught in the wild, 2 mares from Praha Zoo and a stallion from Munich. 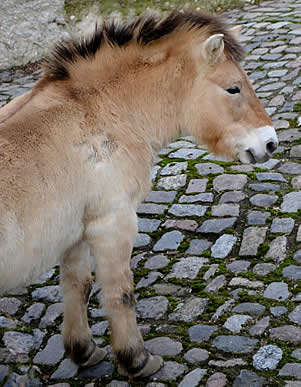 But in 1956 only 41 animals lived still in zoos and private holdings. Therefore the German zoologist
Erna Mohr (she was working at the Hamburg Museum for Natural History) recommended to start with a breeding program and in 1959 the Zoo Praha invited for an international congress about the conservation of Przewalski horses. Since that time the Zoo Praha is the international studbook keeper for Przewalski horses. – In 1980 already 416 Wild horses were kept again in zoos, in 1994 about 1.400 and today more than 2.000 Przewalski horses live in zoos and also the reintroduction to the wild is successful now. 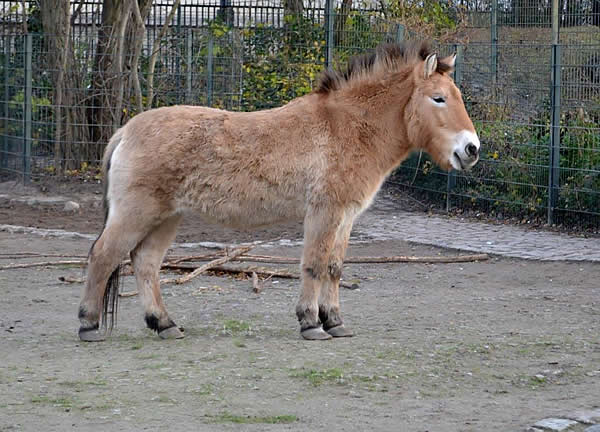 Therefore it is to be determined that the cooperation of the zoos guarantees today the survival of the Przewalski horse and we have to keep in mind that the whole stock goes back on almost 12 animals, which came in the zoos of Praha and Munich in the beginning of the 20ties century.