The Zoo Berlin keeps in its African Savannah enclosure a group of Greater Kudus together with a family of African ostriches, some Blesbock (Damaliscus pygargus phillipsi) and some Springbok (Antidorcas marsupialis).

Although the Greater Kudu is one of the largest species of antelopes, it is not so often kept in zoos. Males weigh 190–300kg and stand up to 160cm tall at the shoulder. Their head-body-length is 215-300cm. They have large, heavy and twisted horns. The ears of the Greater Kudu are large and round. Females are much smaller. They weigh only 120–210kg and their shoulder height measures only 100cm. They are also hornless. 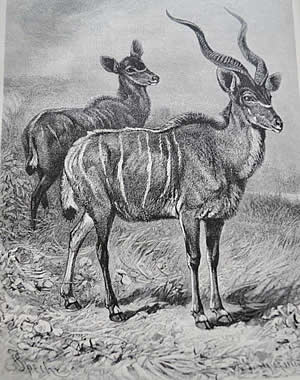 In a zoo Greater Kudus are often more shy and nervous than other antelopes of this group, but like in Berlin they can be kept together with other animal species without any problem. They are kept in harem groups. It must be kept in mind that the Greater Kudu can jump very well and fences with a height of 2-3m are not a barrier for a Great Kudu to jump over. 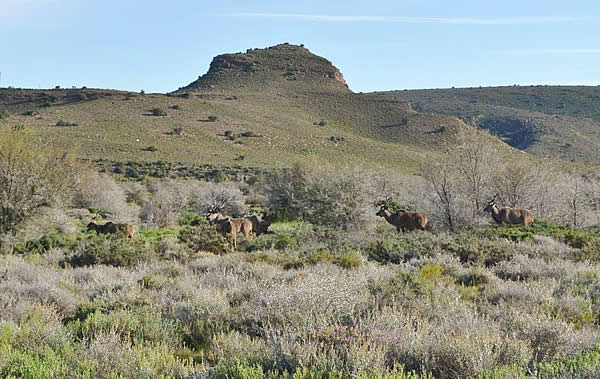 Recently 3 subspecies have been described, although only one subspecies has been accepted based on color, number of stripes and horn length. But between the northern and southern group are genetic differences. Together with other striped antelope species like for example the eland, the bushbuck and the bongo, the Greater Kudu belongs in the zoological system to the group of Tragelaphini in the subfamily of wild cattle (Bovinae).

The range of the greater kudu extends from Northeast Africa (Ethopia, Kenya) southwards onto Angola, Namibia and South Africa. Their habitat includes thick bushveld, rocky hillsides, dry riverbeds and anywhere with a constant supply of water. Normally they avoid open areas, where they could become an easy target for their predators. Their diet consists of leaves, grass, shoots, roots and fruits.

During the day, Greater Kudus are normally not active and seek cover under bushes. They feed and drink in the early morning and late afternoon, acquiring water from waterholes or roots and bulbs which have a high water content. Normally the Greater Kudu is territorial and can be seen always in the same area.

Predators of the greater kudu generally consist of lions, leopards and hunting dogs. When a herd is threatened by predators, an adult female will alarm the rest of the herd with barking. 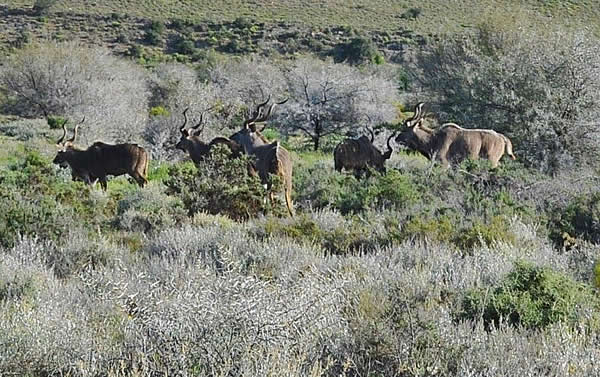